Universal Internet Access Is at Least 30 Years Away, Say Experts 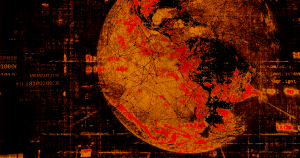 In 2016, the United Nations declared that access to the internet is a human right — it affords a person the ability to express their opinion, access information, and communicate with the rest of the world.

In December, the planet hit an important milestone when news broke that 50 percent of the global population had internet access. But according to experts, getting the other 50 percent online is going to be more difficult and could take decades — further marginalizing some of the world’s most vulnerable populations.

The U.N. defines universal internet access as getting 90 percent of the global population online, and according to a newly published piece by The Guardian, some experts think we won’t reach that milestone for at least another 30 years.

“Given the recent declining levels of growth in internet use and high costs of internet access to significant levels of low-income populations around the world, it is possible that we will only reach universal access in 2050 or later,” Sonia Jorge, executive director of the Alliance for Affordable Internet, told The Guardian.

“If there is any kind of faltering in the rate of people coming online, which it appears that there is, then we’ll have a real challenge in getting 70 [percent], 80 [percent] or 90 [percent] connected,” added Adrian Lovett, CEO of the World Wide Web Foundation.

A number of high-profile organizations are now trying to reach 100 percent connectivity in one fell swoop — Elon Musk’s SpaceX thinks its Starlink satellite constellation could do the trick, while Google believes a network of stratospheric balloons could beam the internet to all corners of the globe.

But according to Lovett, we can’t just hope that one of these plans works — we need to be proactive in spreading internet access.

“There should be no complacency that we will somehow magically progress towards everyone being online,” he told The Guardian. “If you are not connected when the majority of your fellow citizens in the world are, you become marginalised in a way that could be more dire and more challenging than perhaps anything we’ve seen before.”