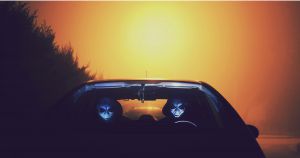 Avi Loeb, the chair of the Harvard Astronomy Department, has long been preoccupied with the question of whether humans are alone in the universe. He’s speculated that fast radio bursts could be messages from extraterrestrials, theorized about alien megastrucutres, and suggested that an interstellar object that cruised through our solar system could be a probe from another civilization.

Now, in a new interview with the German magazine Der Spiegel, Loeb opened up further about his thoughts about the hunt for alien life — and what First Contact would mean for human civilization.

If humankind were contacted by aliens, Loeb said, it could be the one of the most extraordinary incidents in human history.

“If you think about the history of humans, the perspective has changed as we have evolved — from a single individual to a family, a tribe, a country, and finally we even found other continents with people living there,” he told Der Spiegel. “If we were now to find other beings beyond planet Earth, this would be the biggest step ever.”

What first contact would be like, Loeb said, is almost impossible to predict because of all the different ways that life could evolve outside of Earth.

“I can’t tell you what this moment will look like,” he said. “But it will be shocking. Because we are biased by our own experiences. We imagine other beings to be similar to us. But maybe they are radically different.”

But when Der Spiegel asked Loeb what he favorite fictional alien was, he demurred.

“To be honest, I don’t like science fiction personally,” he told the magazine. “I have a problem when the action in a movie violates the laws of physics. In those cases, I cannot enjoy the experience aesthetically.”

More on alien life: Astronomers Are Gearing Up to Listen for Evidence of Aliens from a Mysterious Interstellar Object