Scientists Are Building a Quantum Computer That “Acts Like a Brain” 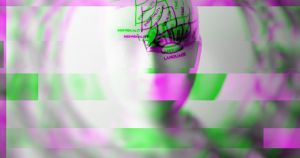 A new research project aims to harness the power of quantum computers to build a new type of neural network — work the researchers say could usher in the next generation of artificial intelligence.

“My colleagues and I instead hope to build the first dedicated neural network computer, using the latest ‘quantum’ technology rather than AI software,” wrote Michael Hartmann, a professor at Heriot-Watt University who’s leading the research, in a new essay for The Conversation. “By combining these two branches of computing, we hope to produce a breakthrough which leads to AI that operates at unprecedented speed, automatically making very complex decisions in a very short time.”

A neural network is a type of machine learning algorithm loosely modeled on a biological brain, which learns from examples in order to deal with new inputs. Quantum computers take advantage of subatomic particles that can exist in more than one state at a time to circumvent the limitations of old-fashioned binary computers.

By combining the two, Hartmann believes, his team will be able to jump-start a new era in AI research that could manage extraordinarily complex problems like directing traffic flow for an entire city in real-time.

To date, quantum computers have struggled to solve problems that are a piece of cake for classical computers. But if they start to pull ahead, Hartmann and his team want to be prepared to leverage them for the next epoch of AI systems.

“To put the technology to its full use will involve creating larger devices, a process that may take ten years or more as many technical details need to be very precisely controlled to avoid computational errors,” Hartmann wrote. “But once we have shown that quantum neural networks can be more powerful than classical AI software in a real world application, it would very quickly become some of the most important technology out there.”

READ MORE: Quantum computer: we’re planning to create one that acts like a brain [The Conversation]

The post Scientists Are Building a Quantum Computer That “Acts Like a Brain” appeared first on Futurism.