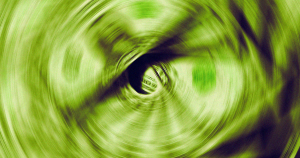 If robots automate all of our jobs, what use will the goods and services they produce be without people who can afford them?

That’s the big question posed by Electronic Engineering Journal‘s editor-in-chief, Kevin Morris, who defines the moment robots and artificial intelligence surpass humanity’s abilities in the workforce as an “economic singularity” — and suggested that it could lead to dire consequences for us humans.

In a new essay for EE Journal, Morris paints a picture of a world in which society has passed that singularity: robots and AI have taken all the jobs, and now they plug away, manufacturing goods that a world of unemployed humans can’t afford to buy.

Morris suggests that the economic singularity is the natural endpoint of hypercompetitive, self-consuming capitalism, where large corporations are incentivized above all else to maximize profit. In other words, megacorps would realize that algorithms are cheaper than employees, leading to an insidious robotic revolution in which unconscious machines won’t share humanity’s competitive, world-dominating ambitions but will be prioritized over people.

To keep people from getting left behind, many have suggested that the government ought to step in and provide for those who get laid off in favor of a robot or AI algorithm.

Otherwise, Morris envisions a world where corporations deem that having any human employees at all is bad for profits.

More on automation: Take a Look at the World’s First Fully Automated Warehouse