A Quarter of Europeans Trust AI More Than Politicians 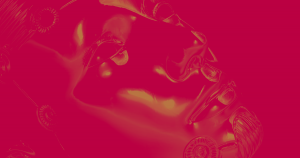 About a quarter of Europeans are so fed up with their leaders that they’d rather automate the political process and put robots in charge. In the U.K. and Germany, that rises to one in three people.

But they don’t want to give robots and artificial intelligence total control — 70 percent of Europeans believe that emerging tech like AI and robotics, including their new robot overlords, will do more harm than good to society unless contained by proper regulations, according to Metro.

This glimpse into Europe’s attitudes towards technology come from a new report,  published by Spanish researchers, that was presented in Madrid on Tuesday.

Because more people were concerned about job loss caused by increasing workplace automation, the report’s authors suspect that the people who want AI leaders are motivated more by their distrust of politicians than they necessarily want to be ruled by machines.

“This mindset, which probably relates to the growing mistrust citizens feel towards governments and politicians, constitutes a significant questioning of the European model of representative democracy, since it challenges the very notion of popular sovereignty,” said the center’s executive director, Diego Rubio, during the presentation.

The report found that Europeans expect their leaders, be they human or robotic, to protect their jobs from automation above all else.

“The vast majority of Europeans expect their governments to set new laws and taxes to limit automation and prevent job displacement, even if that means slowing down economic progress,” said Rubio.

The post A Quarter of Europeans Trust AI More Than Politicians appeared first on Futurism.