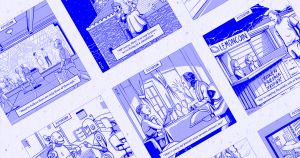 In the future, all books will be digital. They’ll have to be. We’ve all seen science fiction movies. At some point Earth will become completely uninhabitable, whether because of a global thermonuclear war against the machines, or because we refused to give up plastic straws. When that happens, and the human race realizes it must take to the cosmos to survive, there’s just not going to be enough room for books on the spaceships. However, there is some good news for you bibliophiles: It’s not the future yet. For now, you can still get genuine old-fashioned books made out of paper and glue and ink. In fact, this September they’re turning images from the highly acclaimed Futurism Cartoons Instagram account into a book called Cartoons from Tomorrow.

By they, of course, we mean Running Press, a division a Hachette Book Group, along with author Luke Kingma and illustrator Lou Patrick Mackay. The book will feature 125 single-panel comics, including 80 all-new cartoons that have not been published on Instagram.

If you don’t follow Futurism Cartoons on Instagram, you definitely should. The comic series was created by Kingma and Mackay back in 2017 and takes a satirical look at humanity’s evolving relationship with science and technology. 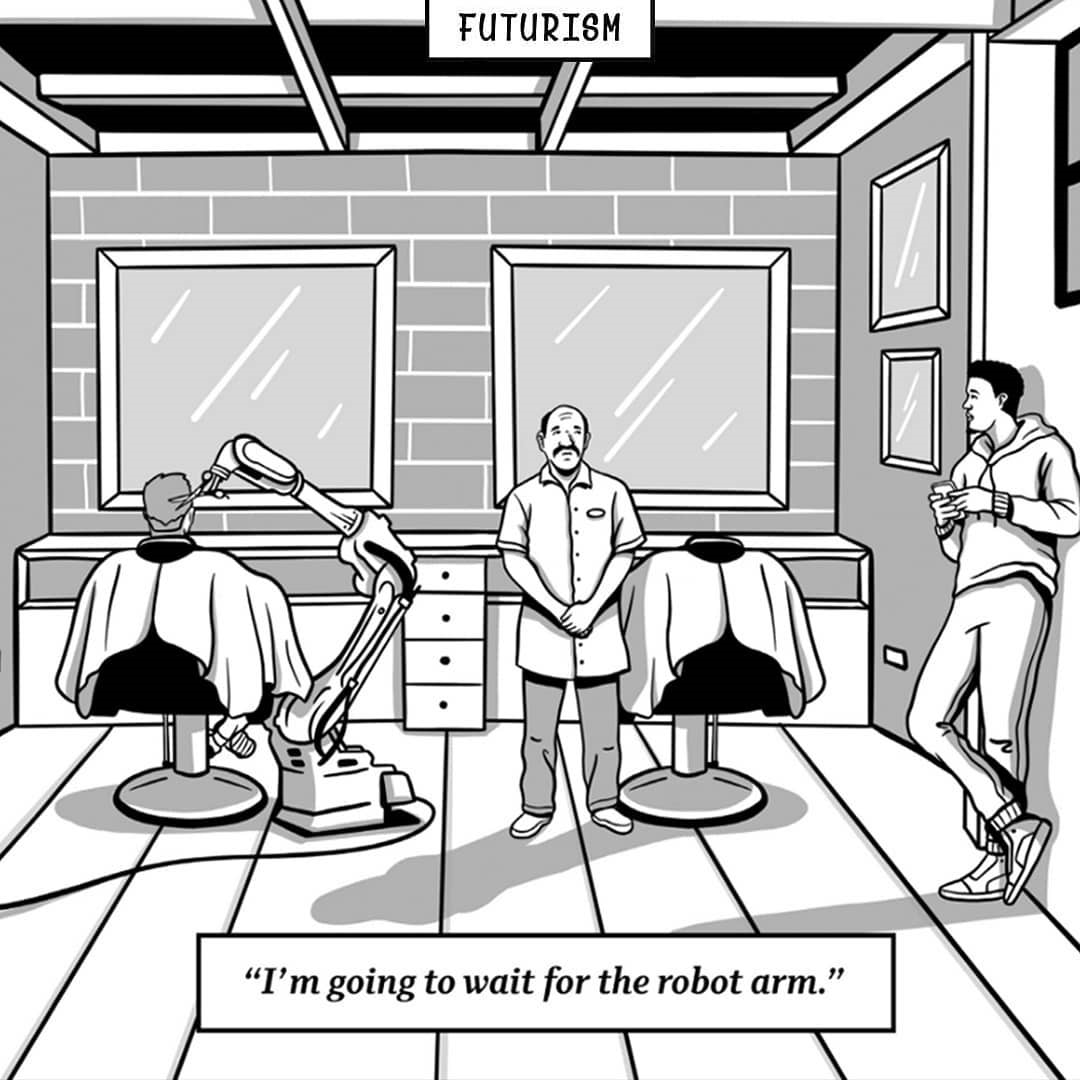 Often making half-serious, half-absurd predictions about what the future might look like, Futurism Cartoons offer poignant observations about some of the coolest and most terrifying things happening in our world today, covering everything from artificial intelligence, robot ethics, and technology addition to alien life, environmental degradation, and space colonization. 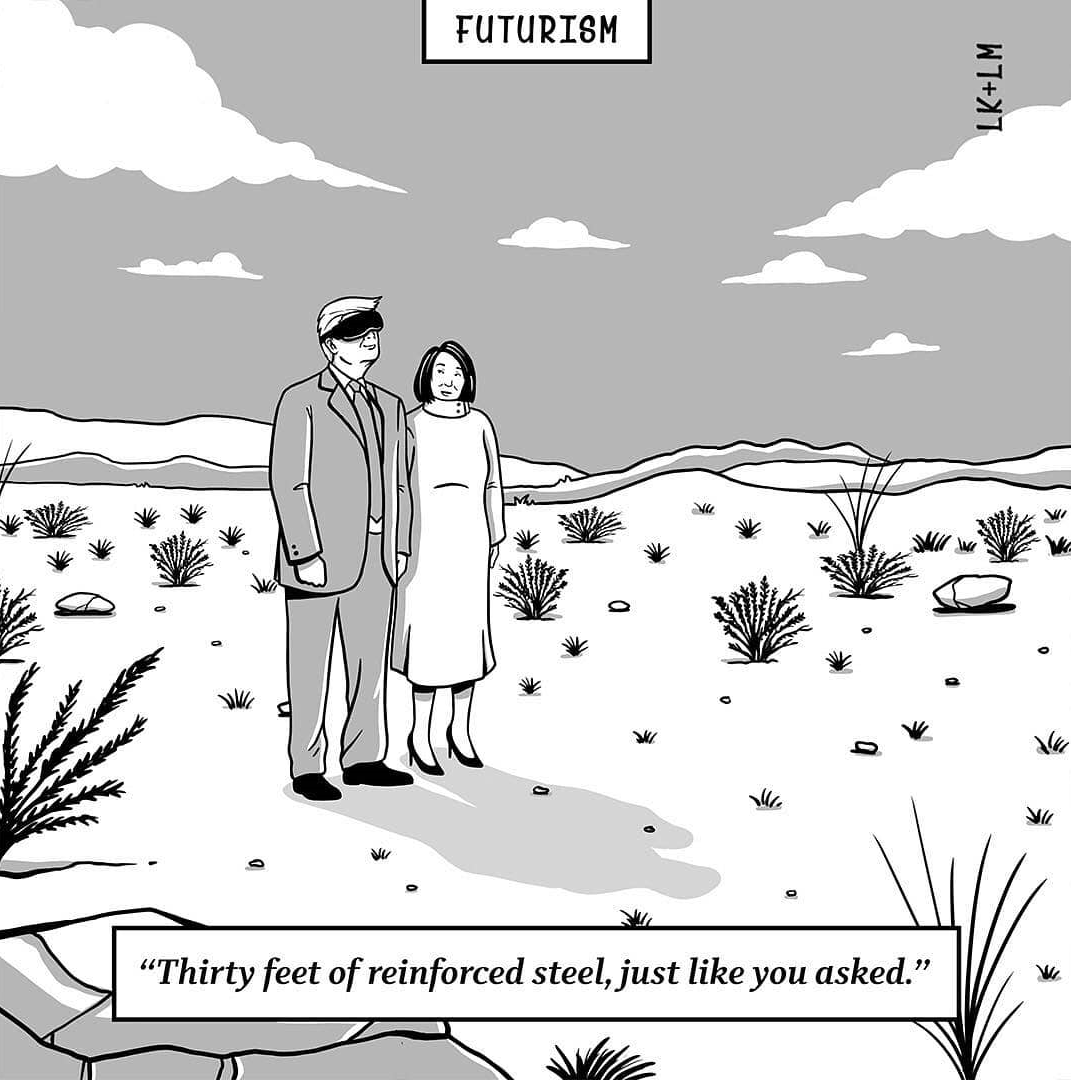 “Science fiction plays an enormous role in shaping public understanding and sentiment around emerging technology,” Kingma explains. “With Futurism Cartoons, we wanted to go even deeper. We wanted those conversations to happen every day, not every 1-2 years. We also wanted to break out of the habit of asking, ‘What’s the worst that could happen?’ Technology can be good. It can also be weird. Those stories aren’t really being told.” 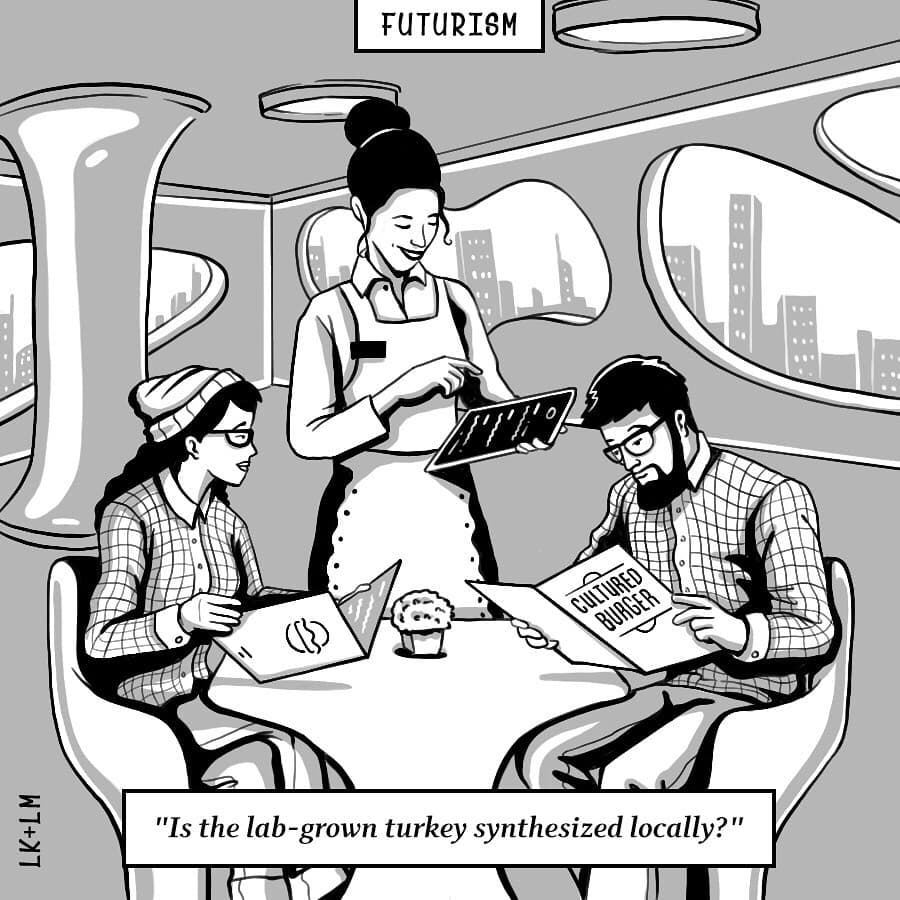 Cartoons from Tomorrow takes everything people love about the Futurism Cartoons on Instagram and puts it into book form. In doing so, it liberates them from your 4.5-inch smartphone screen and alters the way they are perceived. Instead of mere content, they become actual ideas that make you think. And, obviously, laugh.

The book is already getting high praise.

“Clever and clear, Cartoons from Tomorrow visits everything from humanoid super robots to parallel and virtual realities, but humanity still dates and shops and sings karaoke. This is tomorrow through the eyes of today.”―Amy Kurzweil, cartoonist for The New Yorker

“The future isn’t what it used to be. But if we can’t have flying cars and moon colonies, at least we can get some laughs, courtesy of this fine collection of cartoons that shine a light on the technological and social absurdities of our fallen age.”―Zack Stentz, writer for Thor and X-Men: First Class

Cartoons from Tomorrow: A Futuristic Comic Collection is set for release nationwide on September 17, 2019. Available in paperback and e-book formats, you can pre-order your copy today.

The post Futurism’s New ‘Cartoons From Tomorrow’ Book Is a ‘Wry and Often Ingenious’ Look at Our High-Tech World appeared first on Futurism.